The rise of delivery as a service 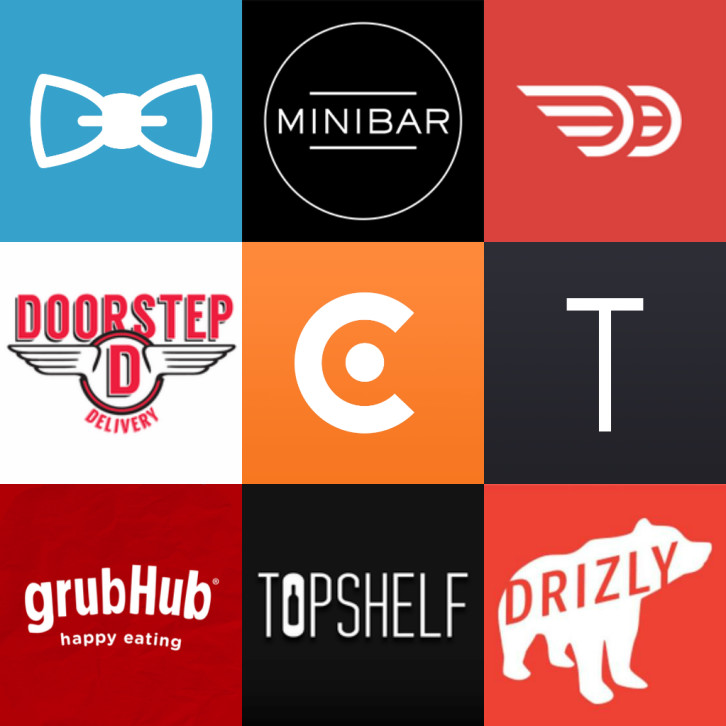 It used to be, if you wanted to have something delivered, it was food in the form of pizza.  All of the sudden, there are a slew of delivery services popping up that deliver everything from food to alcohol to, well, anything.  There are eight services I have tried and I thought I would share my experiences.

Favor is the “easiest way to get anything in your city delivered” delivery service. The cool thing about Favor is they will deliver just about anything. The last time I asked, they did not deliver alcohol, but you can get food, groceries, suppliers, documents, and pretty much anything. Also, they are a Texas company based in Austin. Texas forever! The app is really easy to use and it is great about telling you exactly where you are in the delivery cycle with notifications when the runner get’s to the place where your stuff is at, then they have the stuff and are headed your way, and when they get there all through the app and text message. The runners where ridiculous blue tshirts, but I talked to one and he said they do pretty well. Which is not good for the user. Favor is going to charge you for whatever you get delivered (obviously), plus a $5 service charge, a $0.50 processing fee, and a mandatory tip of at least $2. So at a minimum, it is going to cost you about $7.50 to get something delivered. Kinda high in my opinion. But I have bit the bullet many a times. I would suggest you check out the four delivery options if you are getting food because if food is your desire, those may be a better option.

DoorDash is my go to for food delivery, all though they are really only slightly less expensive than Favor. They have a ton of options. And not only do they have a ton of options, but they have the menu for every restaurant I have checked. I walked into a restaurant I wanted to try yesterday and asked if they delivered and they suggested DoorDash. Another restaurant told me half their business came from delivery services and DoorDash was the most popular. I also think the DoorDash app is the easiest food app to use. They did a great job. They have also given me discounts on their delivery service fee. The fee is $4.99 plus tip, which I don’t remember it asking me, but I assume you can adjust that. I asked the driver how much of the $5 fee he got and he told me he had just started and didn’t know how that worked. I will update as soon as I know. DoorDash is based in Palo Alto, CA and hasn’t been around as long as Favor (by a year), but they have raised quite a bit more. 3.5X times as much. Yet another example of people throwing money around in CA. Wish more people took chances on startups in Texas.

GrubHub is actually a public company with a $2 billion dollar valuation. Which is crazy because I think they would put some of that into a better designed app. I have to admit, I haven’t used their service, which I will definitely try because they claim “free delivery” on several places I like. There must be some charge, so more research is needed.

Their site shows they deliver in Dallas but when I tried the app, it showed all the places to be closed. And they are definitely not closed right now.

Based in Boston, Drizly offers alcohol delivery. And I really like their logo. Great job on the logo. I have not ordered from Drizly because they don’t have craft beer and I think their beer selection kinda sucks. Their spirits selection seems to be pretty complete, which makes me think they must partner with liquor stores. And their prices are actually pretty competitive. Not sure about the delivery fee.