Tesla and the Electric Car 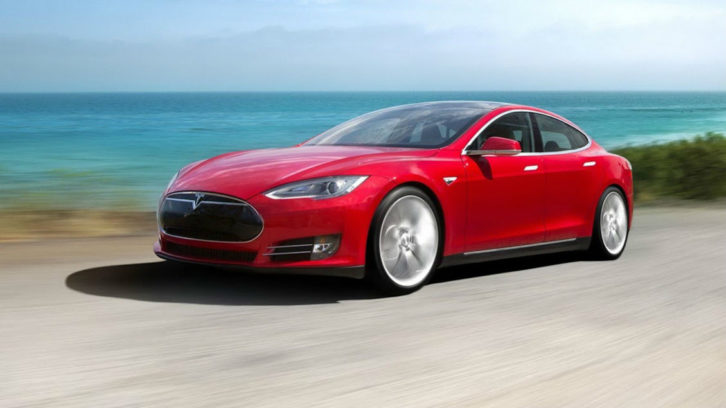 A few years ago I saw a really interesting documentary on Netflix called Who Killed The Electric Car that discussed General Motor’s fully electric car called EV1, the fanatical owners that owned them, and how GM quickly forced the owners to return them. It is one of those stories that makes you shake your head in disbelief. The California Air Resource Board mandated in 1990s that the big car manufactures make an electric car or lose the right to continue selling gas cars in California. It is one of those mandates Texas hates. It is anti-business. It is a tree-hugging hippie move that only those wack-jobs in Cali would think up. But here’s the thing…GM made a 100% electric car. And it was so popular and the demand so high that only famous people could get them. But you couldn’t buy them. They only leased them. And decided to recall them. Why? Who the fuck knows, but most can guess that oil companies have somehow incentivized the big auto manufacturers to continue making gas cars.

My dad came to visit a few weeks ago and gave me the book Elon Musk. He is a fascinating guy. He sounds like a Howard Hughes if Howard had made his own fortune. Elon starts off with a home run at PayPal, which he personally pocketed $165 million. So that is a huge sum of money. But not Facebook money. Instead putting that in bonds and safe securities, he makes some more big bets. And he says some crazy stuff. Sometimes ridiculous. But he has some really interesting ideas. And some ideas that I think really, really need to happen. He starts making his own rockets. Then an electric car company. He has also talked about bullet trains. China has made a mag-lev train that goes 300 MPH. Elon’s Hyperloop train cruises at 600 MPH making it faster than a commercial airline. So Elon has some big aspirations, but I want to talk about the economics of electric cars and why I think Detroit and the old school gas car is dead standing. A lot of people have told me electric cars just won’t happen. They either don’t understand physics or finance or either.

When I was young, I loved making things. It started with Legos. Then I started making model rockets. Then I started making remote controlled electric cars. The thing I found interesting about the electric cars was how fast they were. They accelerated much faster than their gas equivalent. I am not really a car guy, though. But I later became friends with a car guy. I mean he was a nut for cars like some guys are nuts for baseball. There is this interesting dilemma gas cars have. To go faster, you have to have a bigger engine. The bigger the engine, the slower you go. There’s the rub. There is a ratio that is often used to quantify a car’s efficiency that directly deals with this very thing: power to weight. This is key to understand why Tesla is such a threat to the current auto world. Just like the remote controlled cars I played with, the full sized electric cars are much more efficient. They aren’t dealing with the weight of a 6 or 8 cylinder engine. If you look at the fastest production cars by acceleration, you will notice that Tesla is #2 (WHAT!?!?) and just the engines of the gas cars on that list weight more than the entire Tesla car. Collectively the engines for those five cars average over 2,500 pounds, which is more than the ENTIRE Tesla Model S85D. The single biggest metric car geeks are looking for is acceleration. How fast can the car speed up from dead still? The Model S85D goes from 0 to 60 miles per hour in under 2.3 seconds. There are only five street legal cars made that accelerate faster than that and only one under $1 million. Keep in mind, those guys have been making cars a long time. The model S (which includes the insanely fast S85D) was their second line and came out two years after the conception of the company. The car is the only car to ever get a perfect 5 from Car and Driver. Tesla’s biggest problem is keeping up with demand, which is the kicker.

So to put that in production I created a table that show the top US car manufacturer, their current market cap as of today (Aug 3, 2016), and the number of cars they produced last year. Let me explain that quickly. Generally speaking market cap is the market value of a public company that is calculated by taking stock price times volume of stock. That is typically driven by many factors, but probably most importantly earnings. How much they net from revenue, in other words. So I am taking the current market value of these companies and dividing it by the volume that drives that value. Why not revenue? Because the price of electric cars versus gas cars is not really apples to apples. Electric cars get about 90 MPG equivalent. And there are no moving parts to replace. The cost of ownership is lower but the sale price does not reflect that. Revenue has two components: volume and rate. I am just taking the important one. That is giving me per car value, which is the market cap divided by the volume of cars. In other words, the value the market puts on these companies based on the volume they produced last year. And keep in mind, Tesla just announced plans to push that to 500,000 in two years.

I think there are a few things keeping people from buying electric cars. Mainly battery life or an electric car range. The other is charging stations. The later is becoming less and less of an issue for two reasons. One, many companies want to look edgy and/or green and one way to do that is to have an electric car charging station. I talked to someone building office space last week and he was super proud of the fact that they had an electric car charging station. Secondly, Tesla is building them. With regards to their batteries, they have made their technology public. Why? They want to invest in battery technology and want to be clear they will share. It is a genius strategy because if it pushes other car manufactures to do the same, they will not only increase total electric car production, they may get great research insight from other battery research being done worldwide. Here is the final point I want to make and what prompted me to write this. As I said, Tesla’s biggest problem is keeping up with demand. And you can see in the chart above, in terms of volume, they are not really even on the map. Today Elon Musk announced a new “Gigafactory”. This factory will increase their volume from their current 55,000 to 500,000 in 2018 and ultimately to 1,500,000. So if you take the market value per car and multiply it by their projected future volume…. even if you take one fifth of their per car value and multiply it by the 2018 volume goal, it makes them significantly more valuable than the other two US auto makers. In other words less than a 40% increase in their current stock price puts would put them over Ford or GM. With a projected ten fold increase in car production in a year an a half, that is very probable.