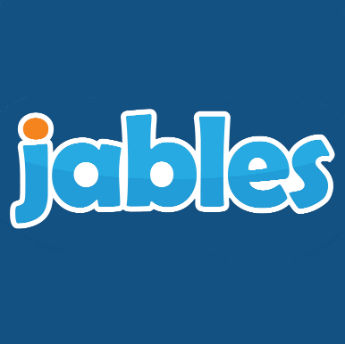 January 10th was my last day at Sabre after over 9 years.  Almost a quarter of my life.  I was actually grateful to be laid off because it came with a severance.  I say grateful because I had been meeting with Charles Adetiloye to partner and develop Jables with.  The layoff just maybe moved things along faster.  We applied to Tech Wildcatters and didn’t get in.  Soon after they were named one of the top 15 best accelerators in the US by TechCrunch.  Their program director said they had over 600 applicants and they only had 15 slots, which made them harder to get into than an Ivy League school.  So I felt a little better.  We ended up officing at The DEC.  The DEC is an incubator and co location space with a litany of programs, services, and speakers.  They host 1 Million Cups of Coffee every Wednesday morning.  They have a keg of local beer on tap and host a happy hour each Wednesday afternoon.  They have lots of cool whiteboard sessions.  Lots of mentors eager to help.  I have only been here a week and am learning of new stuff all the time.

The race is on.  I only have a few months of severance.  And I have already committed all the savings I have.  So the race is to build something cool and get people to discover it, hopefully one person that can fund the next stage will discover it and love it.  With each conversation, meeting, phone call, I get more excited.  It is a leap of faith, but I feel my faith is well founded.  I had already built the prototype, which is now at jables.co.  We started working with two different designers.  One in India and one in Utah.  The one in India charges around $10 an hour and the one in Utah charges about $75 an hour.  We should get the final designs this week.  Then we will have the HTML front end built.  After that we will start building out the back end.  All told, Charles believes we can get it done in under two months.  That seems really fast, but he seems to know what he is talking about and he has clearly worked on similar projects.

Once the application is built we will begin populating it with data for a week or two and testing before we tell people about it.  Once it is clear the application works and does not have any issues, we will start telling people about it.  Then the race is on to find investors for the next phase.  The next phase is to have a full launch in one market: Dallas.  Then if we can prove the model works by generating revenue, we will move into more large metropolitan markets.  By targeting the top 9 metropolitan areas, we can cover 28% of the population.

But one step at a time.  Just need that damn designer to send me those freaking designs.  The anticipation is killing me.

My Thoughts On Bitcoin
Fight for $15