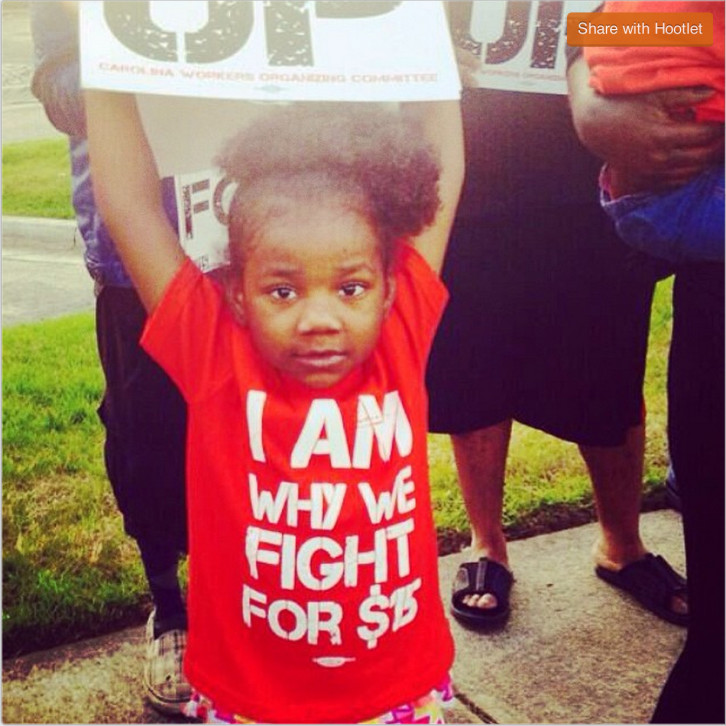 My first business was a convenience store that had two fast food franchises inside.  So most of my employees worked for low wages.  We didn’t pay minimum wage, but we were close.  It was hard working next to these people seeing their daily struggle.  Some were trying to support a family on that.  To be honest, I was paying myself $35,000 and that seemed hard to live on.  I can’t even imagine, really, what a life on minimum wage must be like.  I don’t want to think about it.  But that is a reality for many.  Today, May 15, people around the world fought for a living wage.  In the US it was $15.

About the same time I was running that store I heard people talking about a “living wage”.  The concept is this: at a minimum, we should pay a wage that people can realistically live on because, many argue, you cannot really live on minimum wage.  I think the rising tide lifts all ships, as they say.  I think by paying more, the whole economy improves.  Of course, there are a lot of people against this and I would suggest they either are executives or stock holders in the companies that have made huge returns off of low wage and high margin businesses.  Companies like WalMart, McDonalds, Burger King, Target, and Dominos to name a few.  I think it is dumfounding that executives, making salaries in the millions, say they can’t afford to pay employees more.  Donald Thompson, the CEO of McDonalds makes a salary (not including stock benefits) of $9.6 million.  In half of one day he makes more than most of his employees in an entire year.

In this Forbes article How Much Would A Big Mac Cost If McDonald’s Workers Were Paid $15 Per Hour? they site a model done by Arnobio Morelix, a student at the University of Kansas School of Business.  He suggests the cost of a Big Mac would go from $3.99 to $4.67, a 68 cent or 17% increase if McDonald’s were to raise their worker’s wages to $15.  A Bic Mac meal would go from $5.69 to $6.66, a $1.17 or 20% increase.  In Morgan Spurlock’s Inside Man episode on Unions they quote a UC Berkley Labor Center study that if WalMart were to pay an average of $12 up from $8.81 it would raise prices about 1%.  To me, that seems like a small price to pay considering these people would make $31,200 a year.

Some things to think about:

So for that reason I don’t shop at Walmart or McDonald’s.  Dominos or Taco Bell.  If given the choice between Home Depot and and independent, I’ll go to the independent.  I do my best to shop at places I think pay fair pay.  I can’t always, but I do my best.  I wish there was more to do.