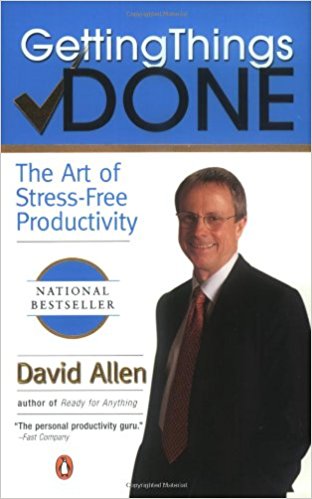 I started to write this to a newly married friend. He had asked last minute if he could have one of my Field Notes notebooks for his honeymoon. Unfortunately all I had was one I had already started, but I tore out a few pages and it was his. I have come to find journaling as an incredibly effective tool and there are some concepts I have borrowed from others wanting to journal or keep a pocket notebook should know about.

I want to tell my own system, but first a quick story. I take a nice Moleskin notebook to meetings with me. I was meeting with a potential investor back when I was working on a startup. The potential investor had some ideas he thought I should consider. I had the notebook in front of me but it had been closed. His demeanor changed when I took the notebook, opened it, and took out a pen and jotted down some of his ideas. He sat up and excitedly elaborated on his ideas. And they were really good ideas. And I could tell he appreciated that I was listening enough to realize they were good and I was thoughtful enough to make note of them. That is part of the power of the notebook and journaling. It is a physical indication that this idea is important enough to write down. Others notice that. But more importantly I notice that. It is a small way of cementing the importance of an idea. Or the first small step towards getting something done.

This book has become something of a cult classic. I say cult classic because it is definitely not as well known as other books like 7 Habits of Highly Effective People, but still it is #3 on Amazon’s Time Management category. Basically you need a system that captures 4 categories of “things”. David Allen points out that people are burried in todo lists, emails, letters, bills, notices, requests, and our own barrage of ideas. David suggests putting everything in one of 4 categories:

The last one is why I keep a Field Notes journal on me at all times. Ideas are distractions. Maybe they are potentially the winning lottery ticket of an idea. Maybe a future best selling novel. Or maybe just something you need to consider. But if you do not get them down, they will be in the back of your mind nagging at you. Getting them down tells the mind you are on it. It won’t be lost or forgotten. But most importantly you’ll be able to get work done or sleep where had you not jotted it down, it may have kept you up all night.

This is a popular topic on YouTube. There are dozens of videos on this with over one million views. This video was what turned me onto the concept. Others have taken that concept and made it their own with their own little tweaks. The thing I liked about it is it is a system of keeping your To Do list organized. It sounds like it would be easy, but it isn’t. With any day’s to do list you may have personal and work items. Events that need to be added to a calendar. Items that need to be elaborated on later. Uncompleted items that need to be carried over to the next day’s to do list. And you will find to do’s that are really, like David Allen suggested, a “one day maybe” task. The thing that I liked most was 1) having an index to quickly find meeting notes or some idea you jotted down and 2) the bullet list itself.

I have found this so useful I have 3 notebooks. My large Moleskin notebook for work notes. And a medium notebook for personal journalism and ideas. It is very Zen. I feel a lightness to having that out of my head and on paper. So for the most point, the Field Notes is for ideas. Sometimes people will tell me of a book or something I will want to check out later. With all the notebooks, having an index in the first few pages ala Bullet Journal has been really helpful. I tried the calendar a few times, but I have found using Google Calendar works better. I have also found that putting “someday maybe” items into Evernote works great. But other than Google Calendar and Evernote, I have found paper and pen easier than a digital solution.