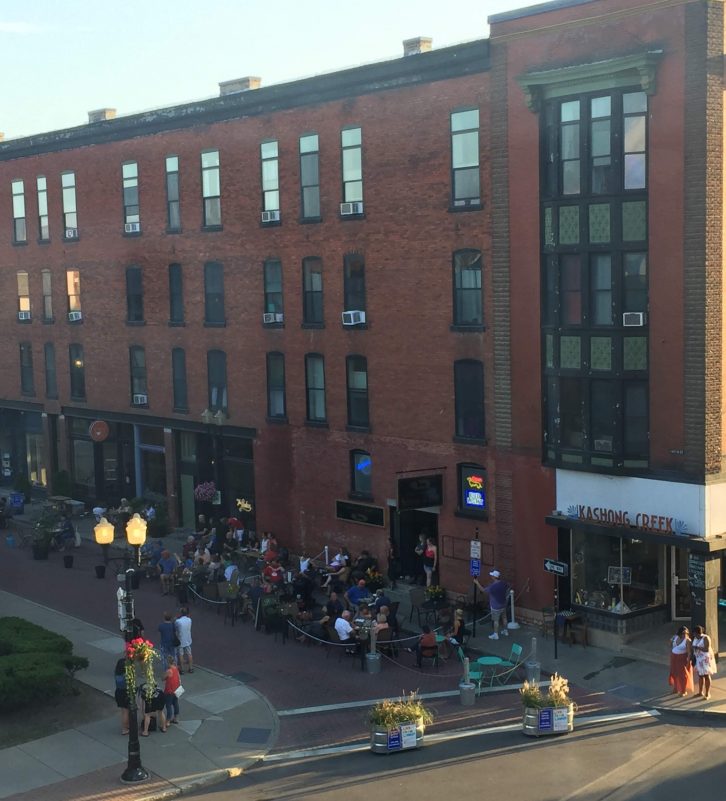 Went to Geneva to see my dad from July 29 to August 6th. Want to highlight a few things with pics below. Spent some time driving around with Bob and Lenny Pippen. Lenny is one of my dad’s partners on his new hotel on Plum Point, which is on Seneca Lake. Also went wine tasting, toured the Glenn Curtiss Museum, toured the National Baseball Hall of Fame and Museum in Cooperstown, and got to have a few beers with the Master Brewer at Genessee Brewery.

This was way cooler and more interesting than I thought it would be. Glenn Curtiss was one of the first people to commercially make motorcycles in the United States. And he was one of those guys that was only doing it because it was his hobby. He set several records and one several races. Shortly after the Wright Brothers first flight at Kitty Hawk, he was asked to make an engine for an aeroplane. He designed an eight cyllinder. A V8 engine design. It was the first V8 ever. He asked some of the guys what would happen if he put it on a motorcycle. “You’ll kill yourself.” So of course he put it on and took it out to the Carnival of Speed at Ormond Beach in January of 1907. They wouldn’t let him race the thing, but agreed to let him run a time trial. He ended up breaking the land speed record with 136 miles an hour. A record he held for several years. Not long after that he worked with 5 other men including Alexander Gram Bell to design 4 different aeroplanes, each improving on the last. The Wright Brothers flight at Kitty Hawk was the first flight, but they had not done much after that. Meanwhile Glenn Curtiss competed for several prizes in exibition flights including one that ended in New York City. The Wright Brothers had been the first, but Glenn Curtiss was getting much of the lime light. The Wright Brothers were invited and the events had been set up for them to show people their accomplishment. For whatever reason they never came. But Glennn Curtiss pulled stunt after stunt. The Wright Brothers ended up suing Glenn for everything he had for patent infringement. Henry Ford lent Glenn his attorney to fight the issue but when World War I started, the issue was resolved when the goverment killed the patent in an effort to stimulate development of planes for the war effort. This is a really short summary but it is a really cool story.

This was very cool, but I have to admit, it wasn’t as cool as I thought it was going to be. Lots of cool stuff but it seemed like it would be epic. It was cool to see a little of the history of baseball’s early years. I got a copy of the 2017 NBHoF Almanac, which was the year Pudge was inducted into the Hall of Fame. Ivan “Pudge” Rodriguez was a catcher for the Texas Rangers from 1991 to 2002. A career batting average of .296 with 311 home runs and 2,427 games behind home plate and erasing 49% of basesteelers.

This street is just cool. It has that feeling of a little quite French street where little cafes and restaurants have tables set out in the street. During the weekend they block it off entirely. Lights cris-cross overhead and there is some graffiti on the southern wall (pictured below). Friday and Saturday night they had bands. For a little college town of 20,000, the street was pretty packed. On of the restaurants is my new Geneva favorite: Fry Bird. 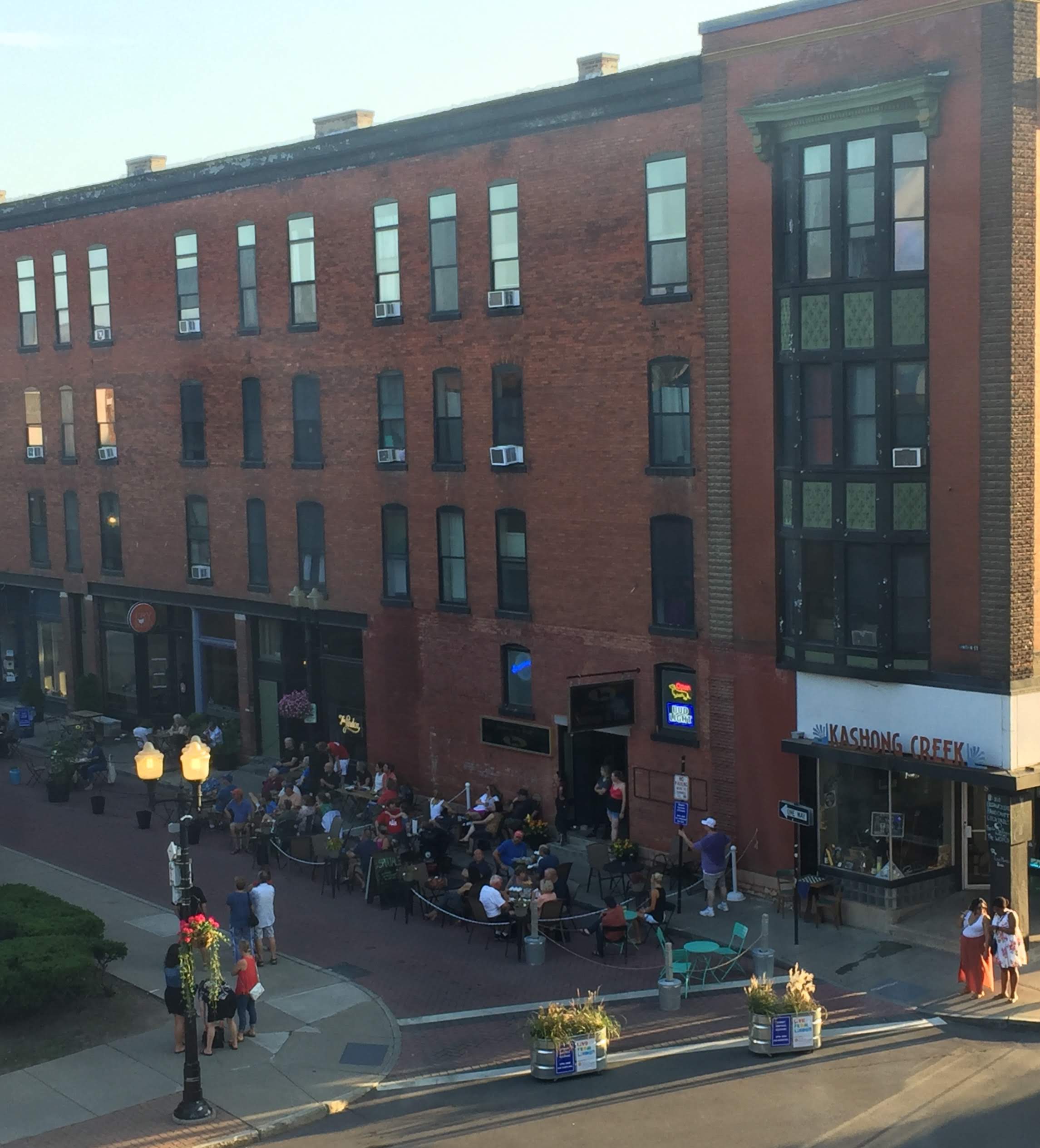 IMG_0156
Linden Street in Geneva is getting to be really cool. Lots of cool restaurants. They block it off on the weekend and there is usually a band out there. 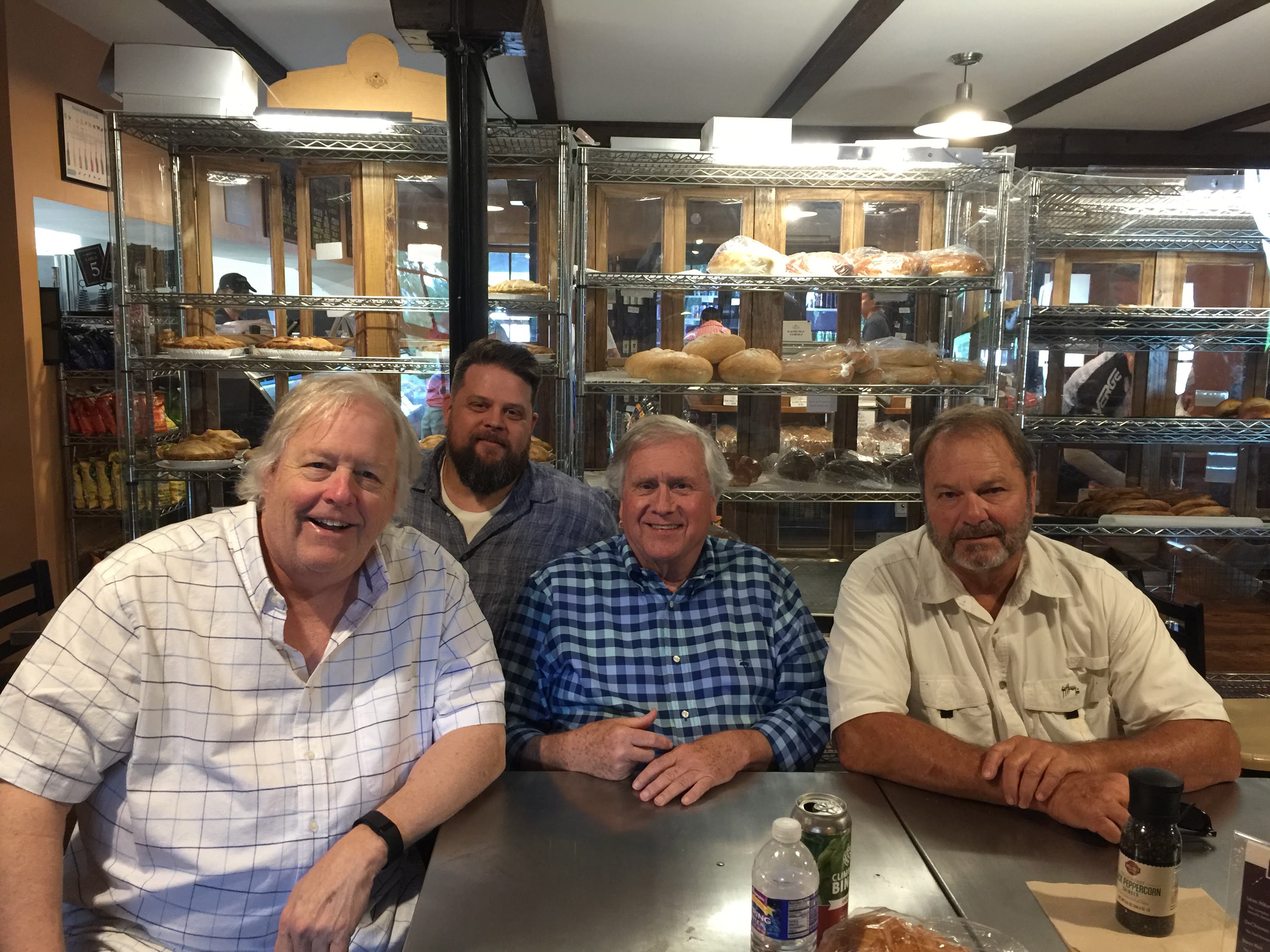 lunch with pippens
Had lunch with Bob and Lenny Pippen. My dad is in the blue shirt and I am in back. 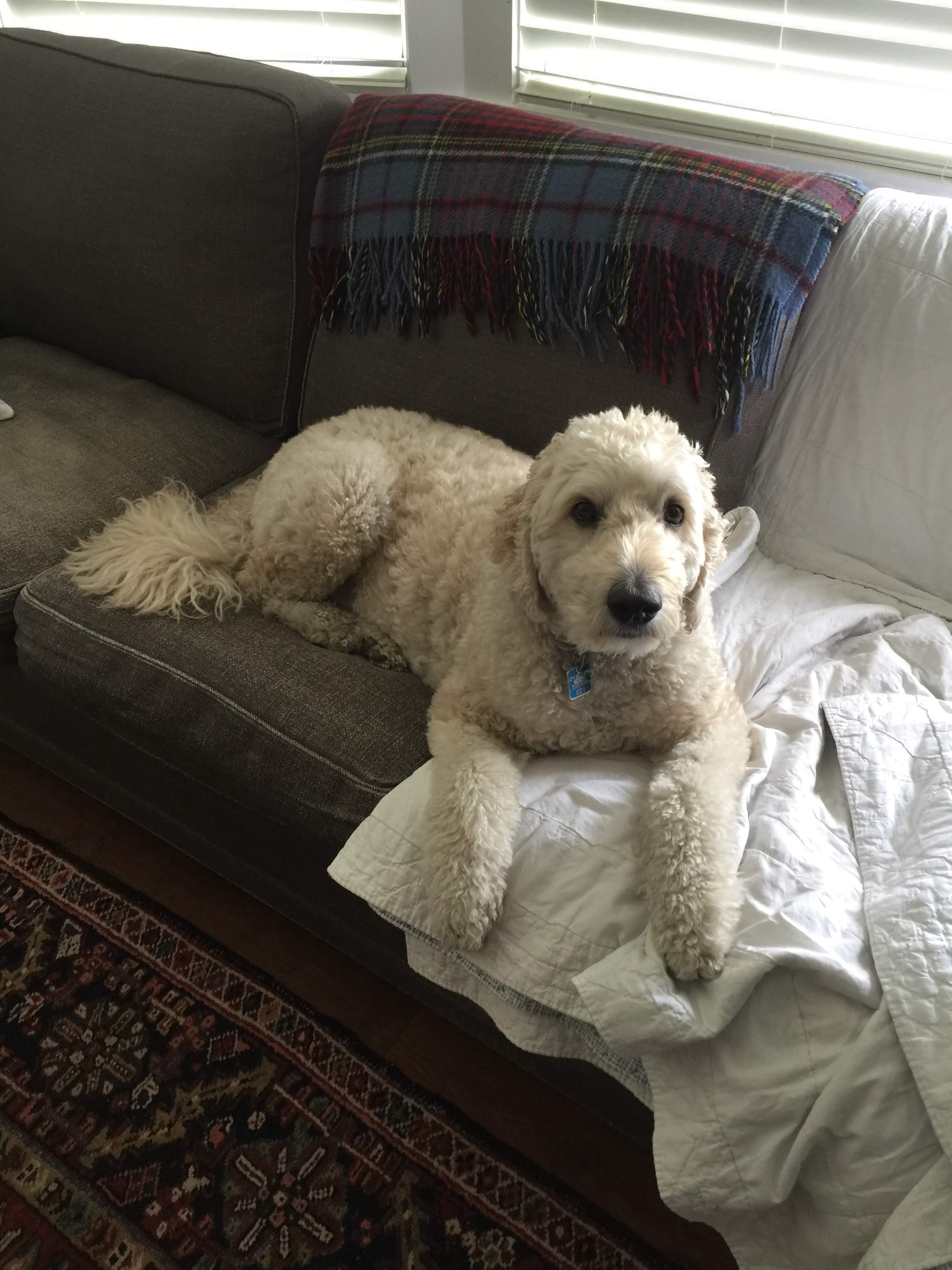 IMG_0107
Winston. I took Winston out to the lake to chase the ball. He is a tennis ball terrorist. 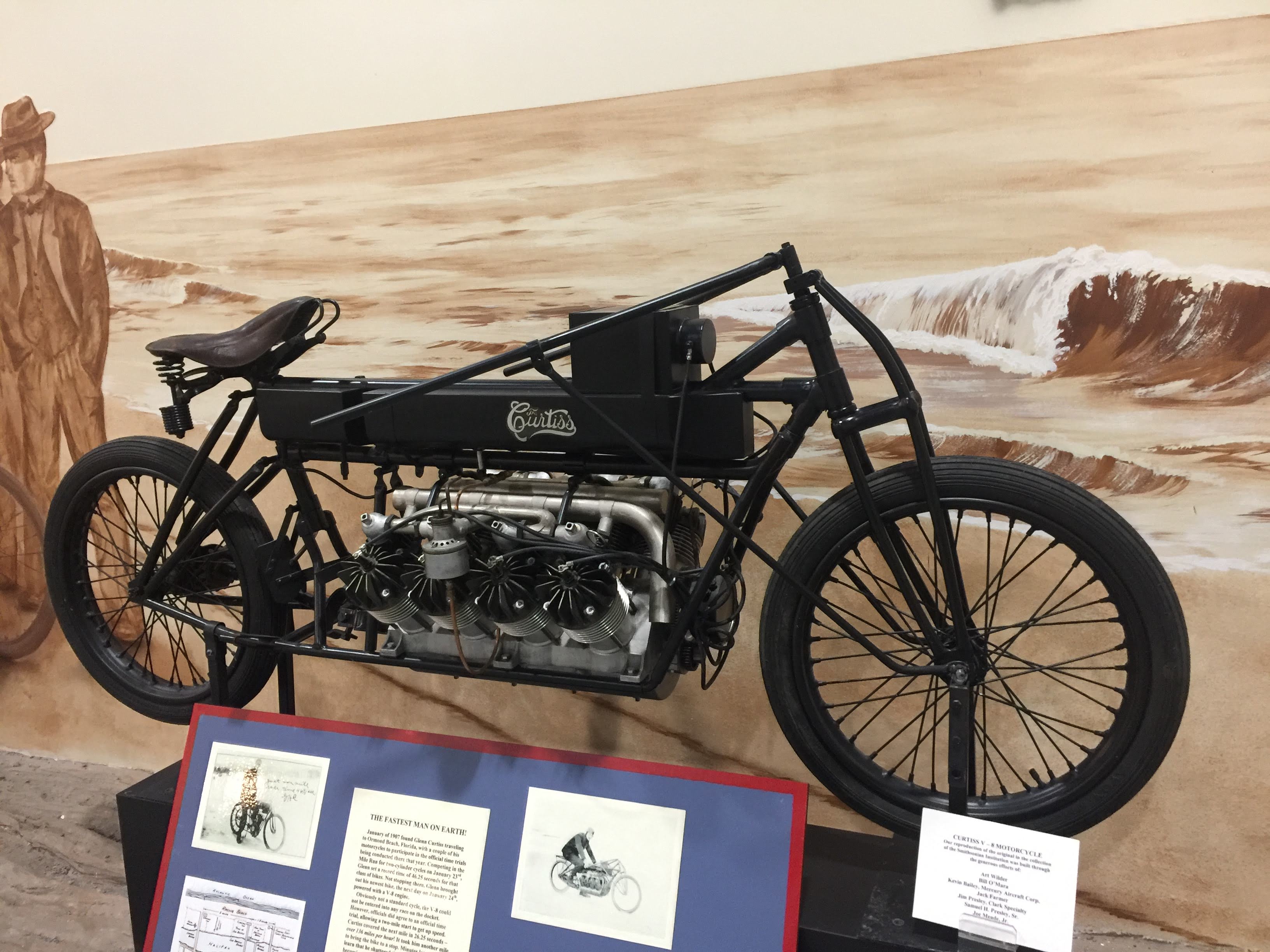 IMG_0124
Went to the Glenn Curtiss Museum in Hammondsport. This is a reproduction of the motorcycle Glenn Curtiss used to break the land speed record at 136 miles an hour. 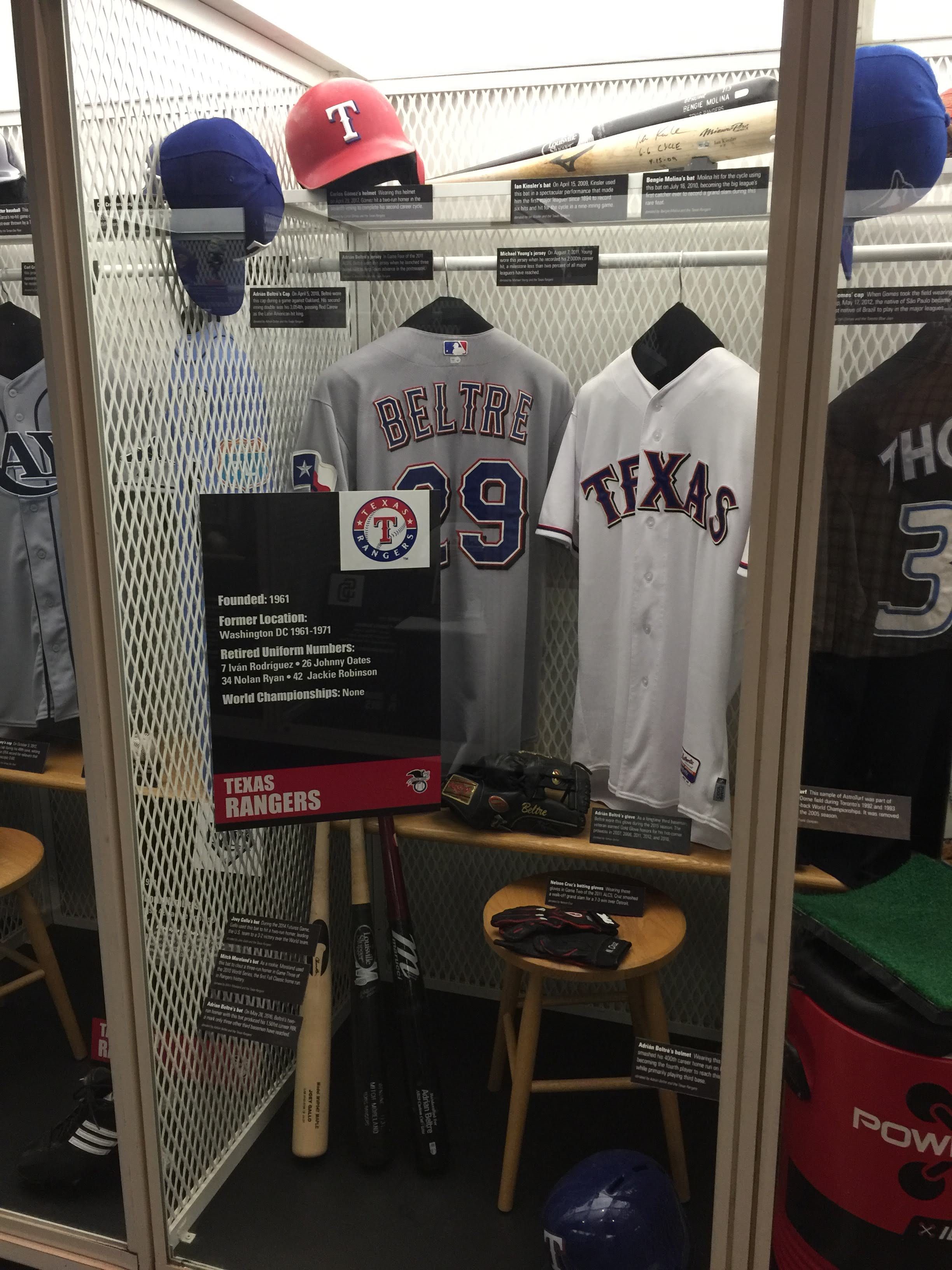 IMG_0139
Went to National Baseball Hall of Fame and Museum in Copperstown. 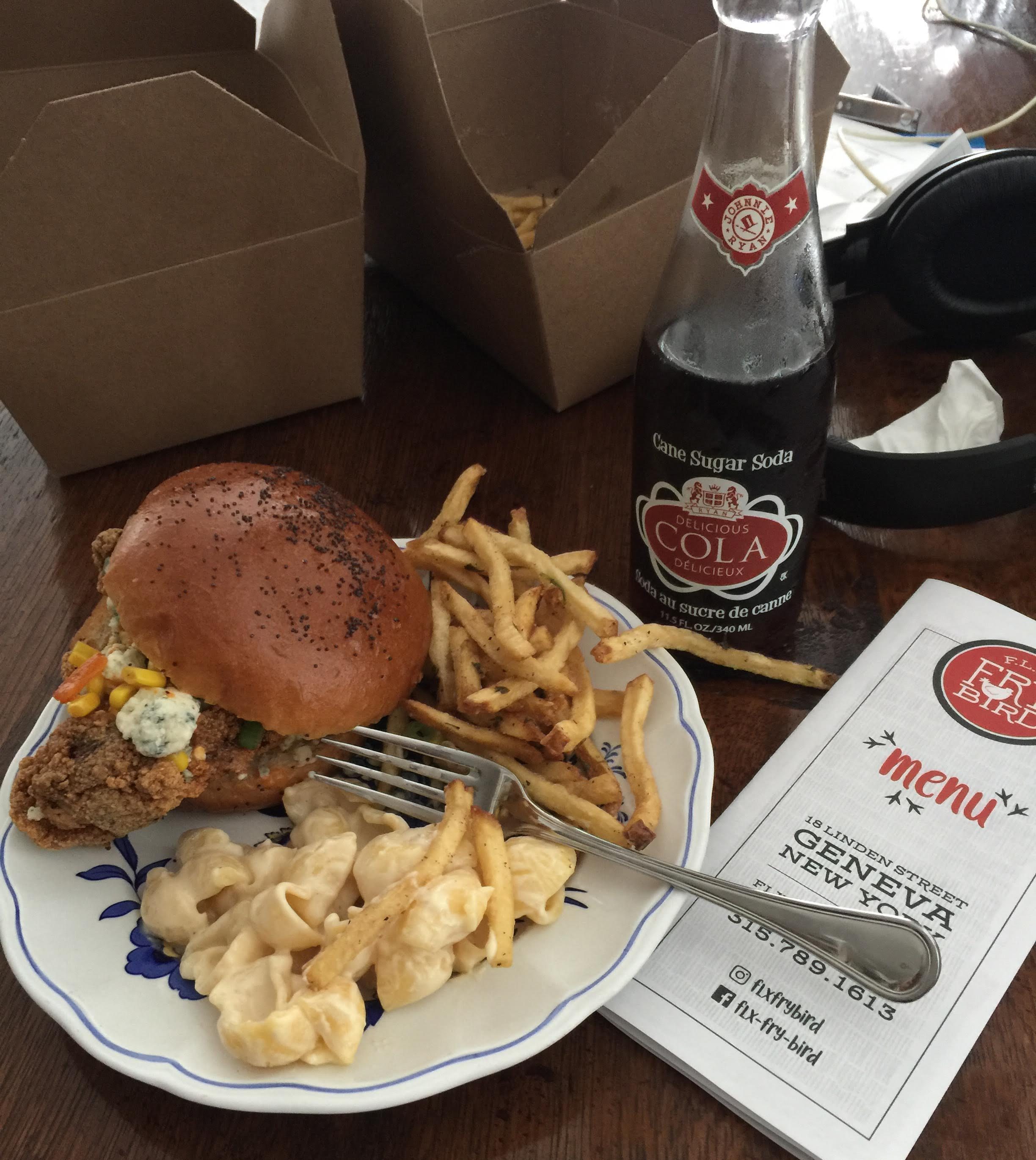 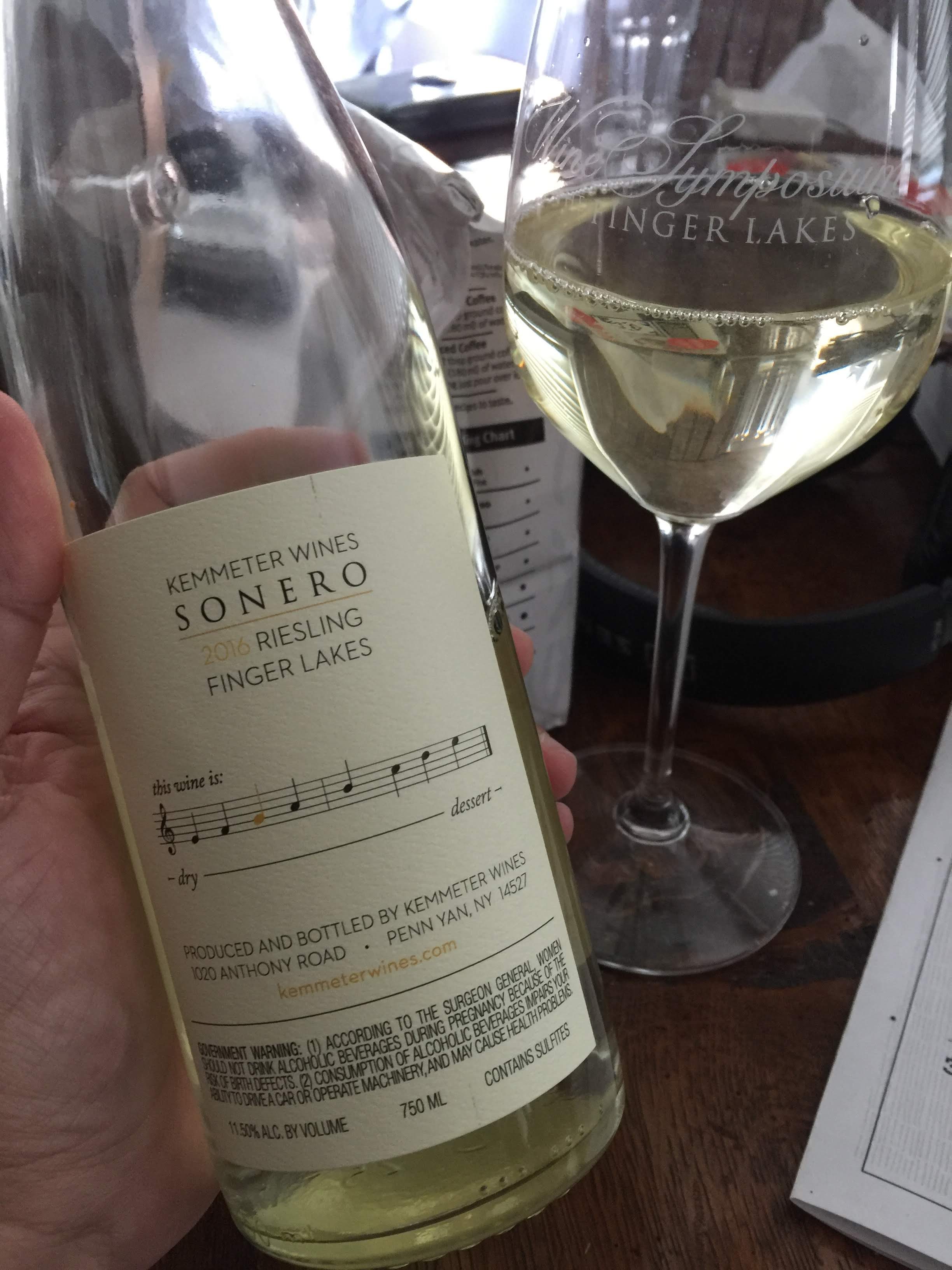 IMG_0152
My favorite wine: Kimmeter. The best dry Reisling you can find. 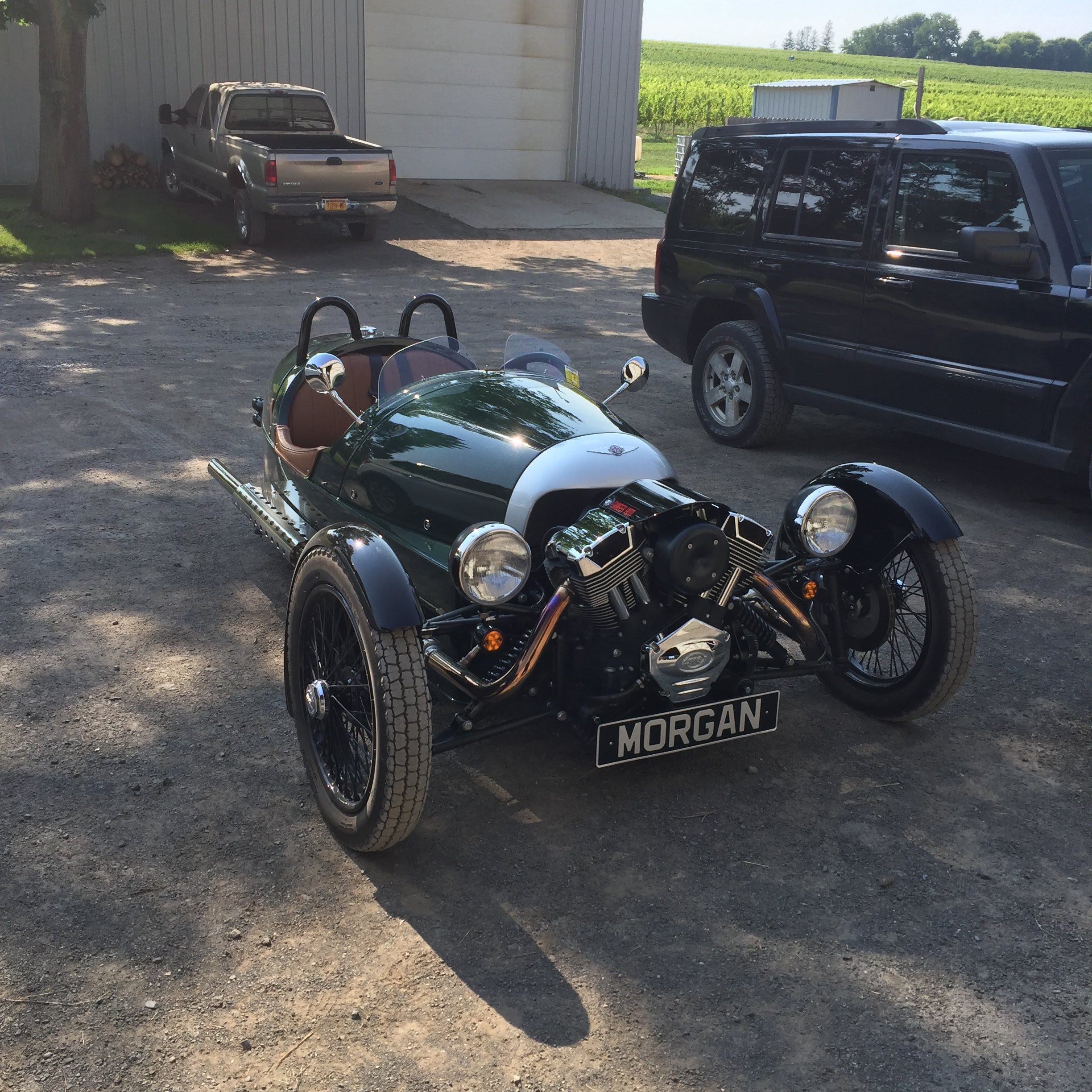 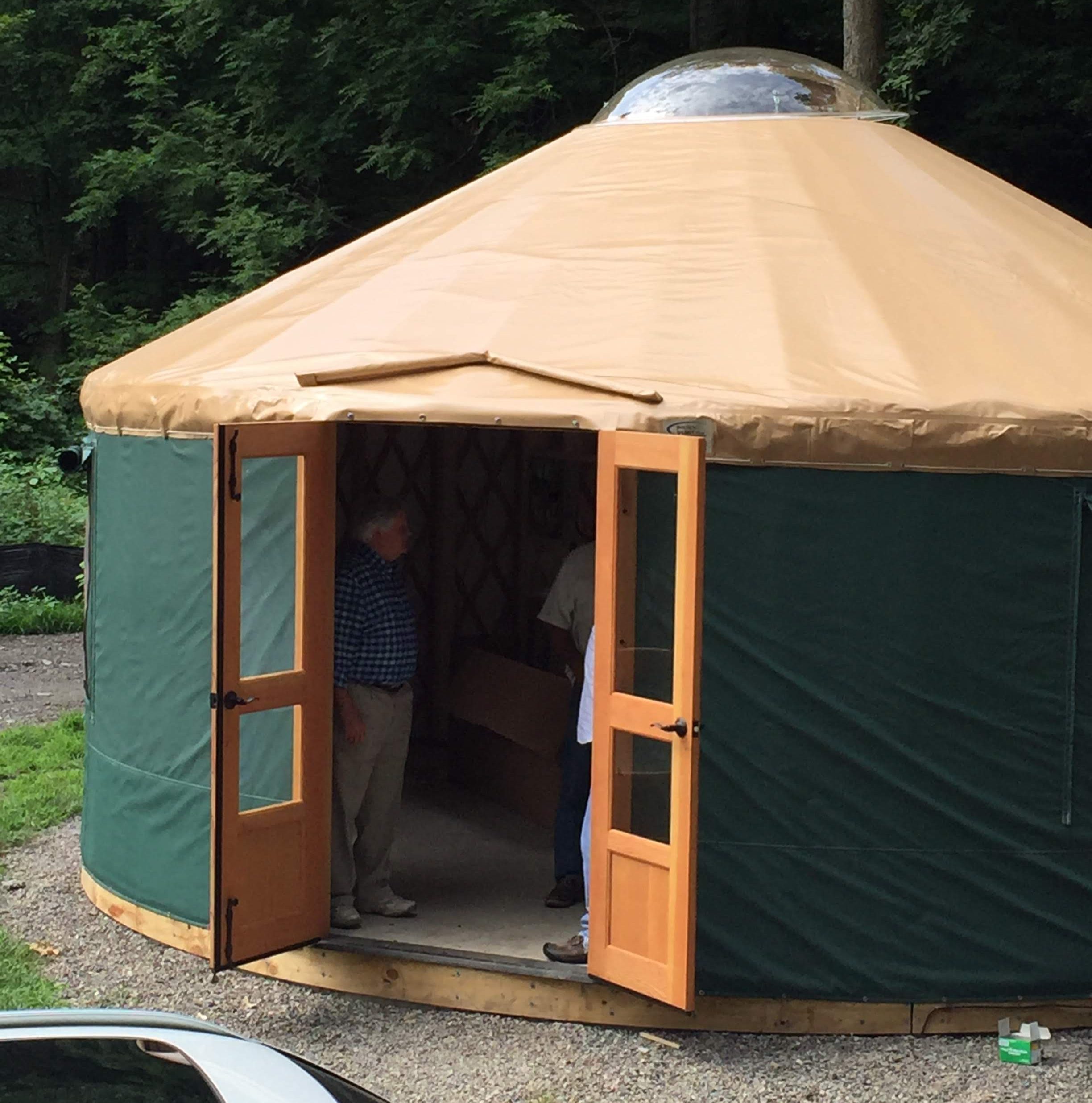 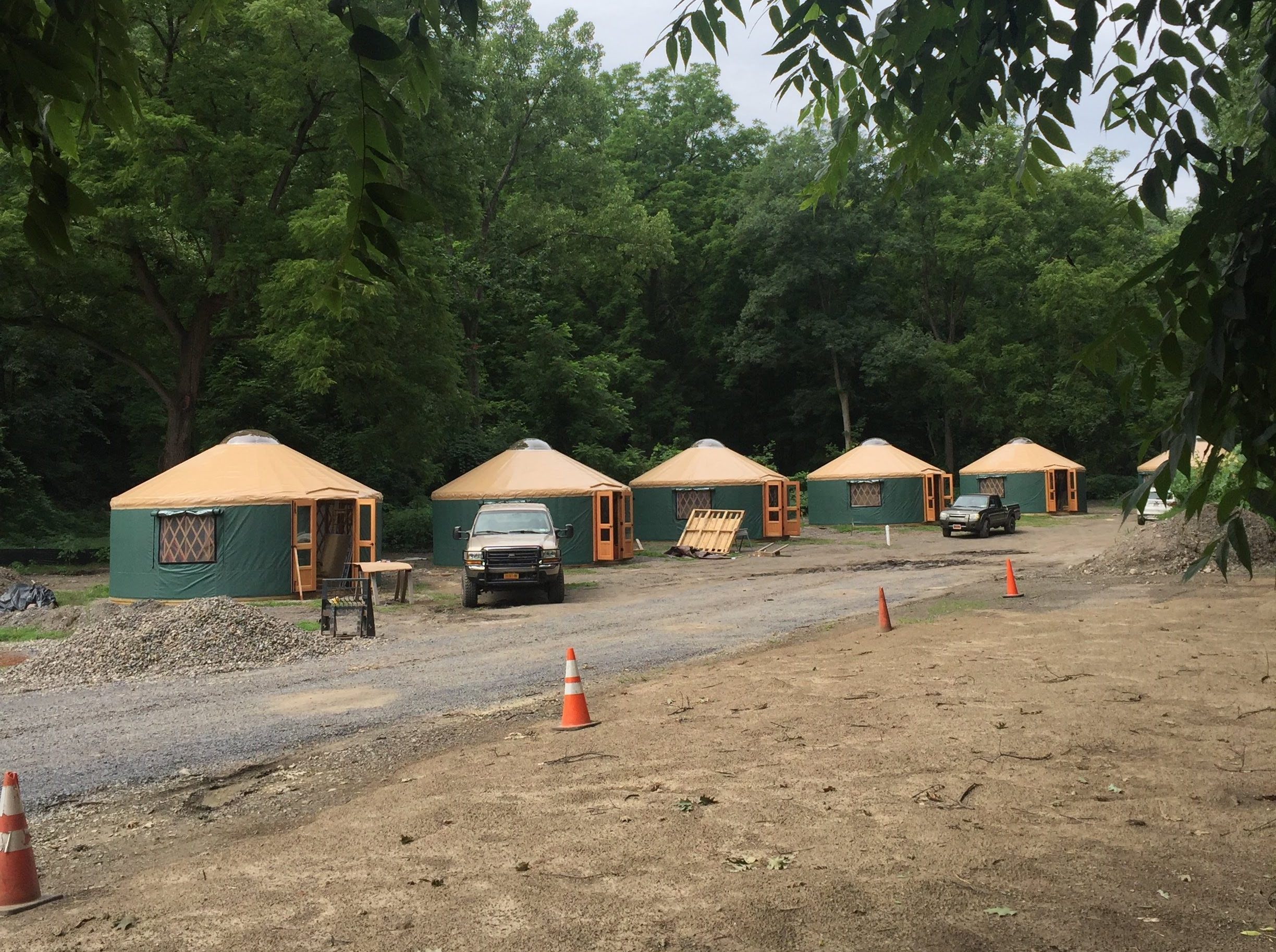