Two Movies The Should Be Seen Together 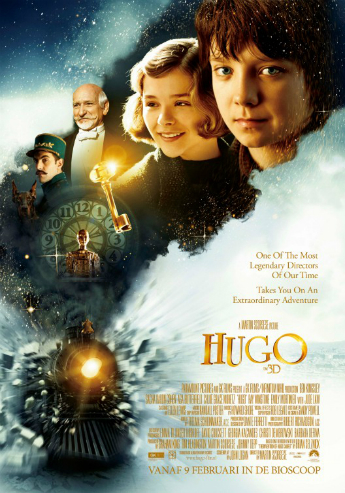 If you have seen Hugo and haven’t seen the documentary The Extraordinary Voyage, then you are missing out.  The version I saw had the colorized copy of A Trip to the Moon play before the documentary started, which was a real treat.  If you haven’t seen Hugo, I won’t spoil it for you, I will just say this: it is about a boy who rediscovers a famous movie director who has retired.  The ex-director has lived an amazing life and is responsible for some if the first special effects ever made in the movie industry.  The story is almost tragic but has a happy ending.  But after watching the documentary you realize that Hugo, based on the book by Brian Selznick, the movie depicts pretty much what really happened.

The movie Hugo is directed by Martin Scorsese.  It isn’t a surprise to me that he would have picked this project.  He is one of the greats and probably because he studies the greats.  Last year I bought A Personal Journey With Martin Scorsese Through American Movies where he comments on some of the masters, walks you through scenes, explains why certain films are so great, and generally teaches film appreciation to you.  You can tell he has really spent some time studying the masters.  And Georges Melies was certainly a master.  It truly is a shame there isn’t more of his work the survived.  Be sure you take the time to see some of what did.  You won’t be sorry.