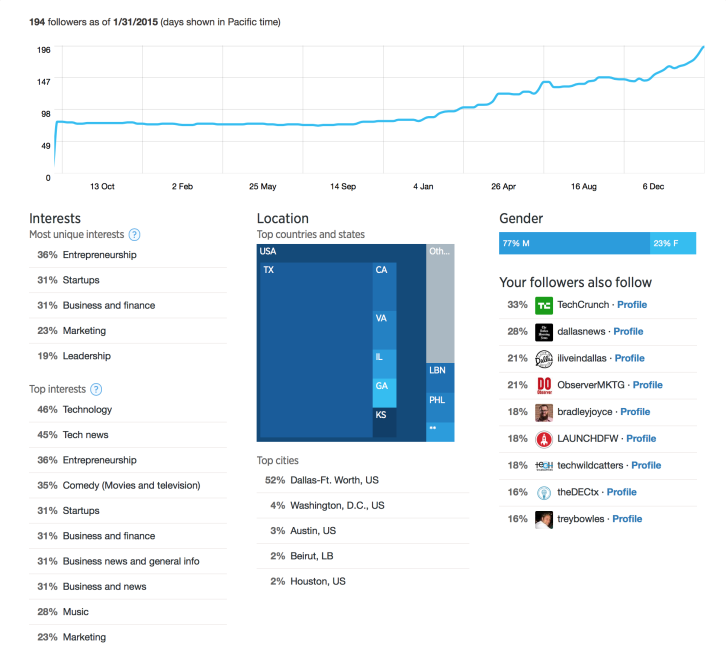 There are so many companies that help analyze Twitter data, including Twitter's analysis page, which I just found.  A couple weeks ago I had Simply Measured run a free report on my Twitter data.  Honestly, a lot of it I could have told you before I looked.  But it confirmed what I already know.  There are a ton of social tools out there, I have a list of social tools you can check out.  Here is what I learned from Twitter and Simply Measured.

Honestly, I don't think their tool is working right.  They have three sections: Tweets, Twitter Followers, and Twitter Card.  I couldn't get the Tweets section to show me anything other than the last 4 days.  So that isn't helpful.  Few interesting things on the Twitter Follower section:

This was pretty cool.  They will send you an Excel dashboard, which I make a lot for work so it was cool to see an automated one that looks sharp.  It had a lot of information, but a lot of it I knew or would have guessed at.  But here are three things I learned:

HONY
How Salesforce could grow market share and help unemployed