Shot Caller, the non linear story, and the character journey 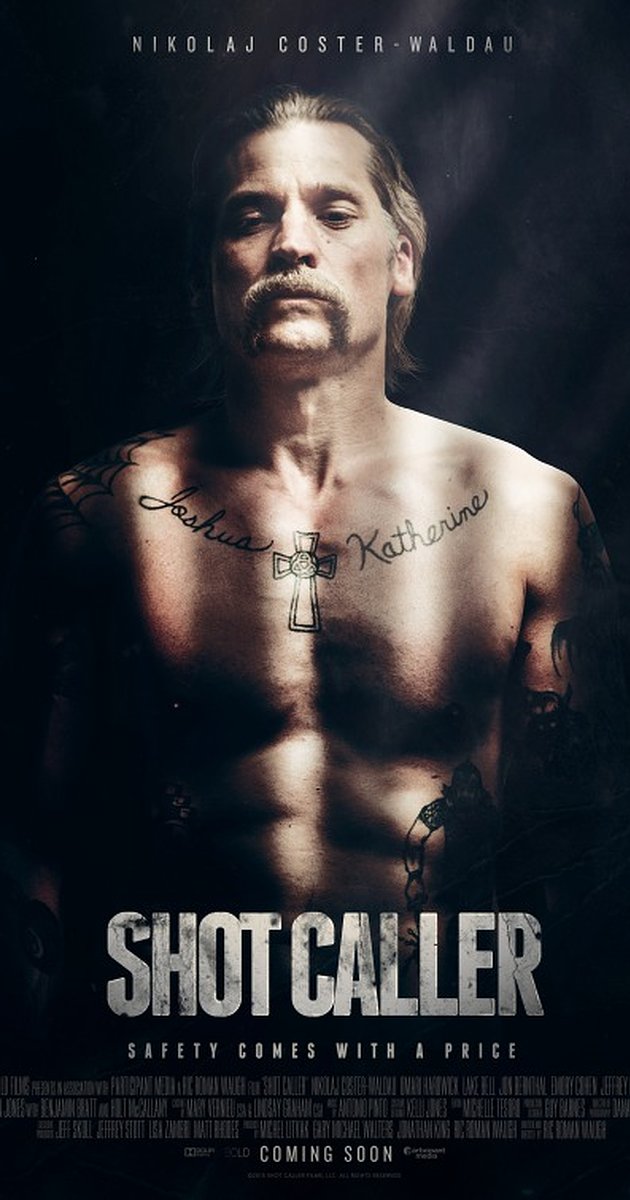 Last night I watched a movie that I find myself still thinking about it a day later. Shot Caller. Two compelling aspects of this movie. One, the device used of non-linear storytelling. Second, is the metamorphosis of the main character who has a drastic Dr Jekyll / Mr Hyde while maintaining who he really is throughout.

I am sure a lot of people would try to correct me and say non-linear storytelling is pretty common. Make a list. But exclude time travel movies. That is something else. And exclude movies that bookend another time or event. In those cases, 90% or more of the story is actually completely linear. And exclude two totally different stories told at the same time. The Godfather 2 is probably the only other non-linear story I could come up with, but those are two different stories in my opinion: one the story of Michael and one his father Vito. I am not saying you have a list, it is just pretty short by now. Memento is probably on there. I get why that was held in such high regard, but I always felt the story was a little to complex to enjoy. Watching Memento is enough work you might expect to get paid after.

In the case of Shot Caller, it is just good storytelling. There is no confusion as to where you are in the story timeline due to the drastic changes that transform Money throughout. You might make the mistake of judging money as a man that goes from a good man to an evil man. Or maybe overly privileged (as his nickname “Money” suggests) to something less than human that has had everything taken away. It is this jumping back and forth that prevents such a mistake.

From Jacob to Money

Nikolaj Coster-Waldau, best known as Jamie Lannister in Game of Thrones, shines in this movie. The emotional scenes with his wife, facing his fears, the anger he unleashes on his foes, losing everything, and ultimately achieving his goal. Nikolaj has shown a range in one movie that many actors never hit in a career. Amazing.

The real transformation of Money is not from good to evil but from a life with no clear goal or purpose to a life with only one purpose that matters. This is what I thought made this movie so compelling. Money’s objective is the same at the end as it was in the beginning. The only difference is his determination and heart and the method used to accomplish those goals. Jacob chooses a life to provide for his family that many choose. Money sees only one way to accomplish a goal and it means going to a dark place and drawing water from a well he did not know was there. As the story jumps between Jacob and Money you realize Jacob’s goal was so assured that he took it for granted and lost it. Money reaches deep down and does the unthinkable to do the impossible. The goal of Jacob and Money is the same: protect his family. That is the irony of tragedy. It seems that one never appreciates a gift until it is gone. Or until you come to that point that no price is too high. It is that paradox that Money faces at the end. He will never see his family again, but he knows how much they mean to him because he gave up any hope of seeing them again to ensure their safety. The movie ends with him in a cell alone with nothing but that thought and a few books given to him by a man he killed that solidify their safety and his imprisonment.

It’s your turn, Moneyman. I know you’re shitting bricks right about now. Trying to rationalize the morality. What would your family think of you? How will they judge you? All of that went through my head, too, when I first broke my cherry. Then I realized none of that matters. The only thing that matters is getting home to your family in one piece. The fact is we all started out as someone’s little angel. Then a place like this forces us to become warriors or victims. Nothing in between can exist here. And you’ve chosen to be a warrior. Now it’s up to you to remain one.

Episode 63: Through The Valley
Zuckerberg Torpedoed My Startup and I Think It Was The Right Call